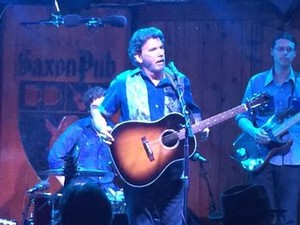 Playing guitar since his early 20’s and an Austin-based songwriter since 2014, Don has established himself as a solid local musician that can rock the house as well as draw a few tears from the most stoic of faces with his heartfelt songs. Don brings a unique presence to the music scene by accompanying himself on guitar, harmonica, and percussion. He was a founding member of the Austin band The Humdingers who played at such iconic venues as the Broken Spoke, Little Longhorn Saloon, and Mercer Street Dancehall. www.donberryhill.com 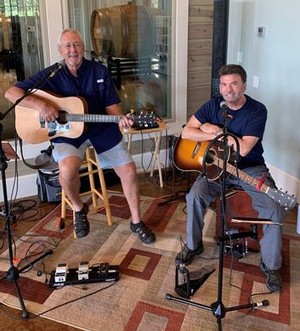 Joel is a longtime Austinite and a veteran of over 40 years in the music industry. He played several years in stage shows as well as a 7-piece band that travelled the world. He has appeared with notable performers such as: Bonnie Raitt, Hoyt Axton, David Bromberg, Kenny Rainkin, Iain Matthews, Rusty Weir and others. Joel is also known for his 20-year run as producer/emcee/judge of the O’ HENRY WORLD CHAMPIONSHIP PUN-OFF CONTEST held annually. He gained the dubious honor of being named 2006 Punster of the Year. www.joelmccoll.com