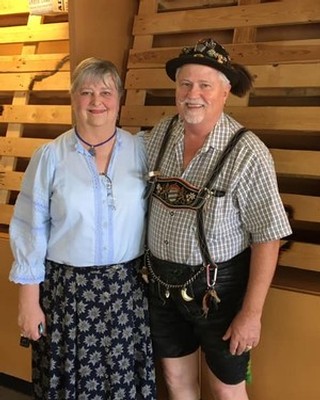 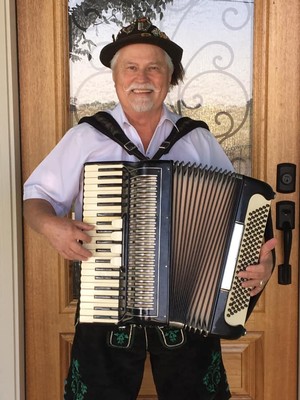 Dennis and Diana perform German, Czech and Austrian musik
familiar at Oktoberfests around the world. Dennis has been
playing Accordion for over 60 years. He sings and plays and
manages his band groups, Der Klein Steins and The Swingin’
Dutchmen. Diana has been singing with the bands for about 25
years. She sings in German and English. Together they perform
in small venues, playing musik and singing familiar Oktoberfest
musik.
They enjoy it when the audience sings along, dances along,
and/or claps along to the music.