What's to Know About Pink Wine? A History of Provence 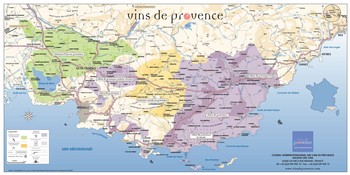 The Côte d'Azur smells of perfumed wild flowers, savory herbs, mountain Mistral wind, and Mediterranean shells by the blue coast. Rewind the image to 26 centuries past, as the Greeks are colonizing Massalia (modern day Marseille) an old Ligurian province, around 600 BC. The Greeks bring a wine culture to the area, and by the 4th century BC it was already a major trade post and port, exporting local salted pork, fish, coral, wines, cork, and medicinal and aromatic herbs and plants between the Roman Republic and Gallic France, and traders would follow the Atlantic to the British Isles, and up rivers like the Rhone to trade with Burgundy, Switzerland and as far as the Baltic Sea. In order to protect trade route commodities from incursion from Etruscans, Carthaginians and Celts, by the 1st century BC, the communities of Nice, Arles, Cannes and Marseille had allied themselves to the Republic, becoming the first Roman province outside of Italy, and the area became known as Provincia Romana, dubbed "provincia nostra" ("our province") from which the current name for Provence is derived.

The wines of Provence in antiquity  were fresh, light, exuberant, and pale in color, as the juice of the grapes was quickly removed from the skins immediately after harvest, allowing for but a very short maceration (grape skin to juice contact) before fermentation. Long maceration times were practiced on a limited basis, and possibly used for tonics, tinctures, or aromatized infusions, much in line with ancient Roman traditions (think bitter Amaros and Vermouth). It is also known that ancient cultures have practiced polyculture (white/black grapes co-harvested and co-fermented at the same time) in their vineyards, a way of blending wine via the vineyard field blend, and thus increasing the chances of pale colored wines.

Provence benefited of fame for the quality of their wines across of Julius Caesar's Republic, but it's not until 8 BC that Provence becomes really Romanized under Augustus, building aqueducts, arenas, fora, villas, baths, theatres, monuments, and roadways, now spanning from Hispania's Pyrenees to the Ligurian Alps, now part of the Roman Empire. However, it is after this time from the 3rd to the 5th century and beyond that the propagation of vines via the monastic orders would catapult, as they would make wine not only for the service and sacrament, but also the sale and export of wine to fill the coffers of their monastic establishments, and build regional wealth that would catapult Provence to the highest courts.

By 880 Provence had become an independent County, and in spite of neighboring political conflict, the wines of the region remained 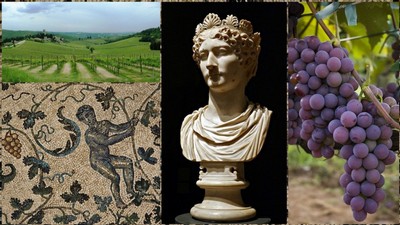 sought after, and well received along all the lines of extraordinary aristocrats; duchies, and dynasties. The Nobility was the best ancient class of "marketing" as ambassadors, courtiers, and emissaries would often refer to wines from their travels and visits to foreign realms, as royalty does, the rest follow. The wines of Provence gain even further acclaim in the 14th century, as the reign of the French Papacy seats in Avignon, then in the Holy Roman Empire, and as the most important noble families, honored royal subjects, and top officers of the royal armies would acquire and oversee many vineyards in Provence, establishing the foundations for modern wine production in the region. It's not until the late 15th century that Provence legally becomes part of the Kingdom of France, and thrived under the Ancien Régime throughout the Middle Ages. Provence saw its share of trouble during the Napoleonic Campaigns in the post-revolutionary period, as it remained largely royalist. By the 19th century the port of Marseille was monumental in maintaining the French relations with new Franco-African colonies, and in fact, to import wine from Algeria notably, back to France during the plight of Phylloxera that ravaged European vineyards.

In modern times, unlike all the other regions of the French Republic, Provence's wine production remains roughly about 80% rosé, with 14% red and 6% white. As in ancestral times, the wines are pale gray-pink (sometimes referred to as vin gris) and raging from melon, peach, mandarin, to grapefruit pink-hues, and they retain their bright acidity, perfumed elegance, and fruity aromatics that make the style of Provençal wines a benchmark for rosé wines across the globe today. Not only was Provence prodigious in establishing a wine culture in the rest of Gaul during the Greco-Roman times, and a cast commodity in the royal and papal regimes, but also has been known for a culinary center with their fused Mediterranean cuisine of excellence.

Some of the most well known and well loved gastronomic pairings for rosé in Provence are; Salade Niçoise (tuna green salad), Bouillabaisse (fish stew), Anchoïade (anchovy paste), Escabèche (acid-vinegar marinades), Ratatouille (vegetable stew), Aïoli (garlic mayonnaise), but rosé has proven to pair well with many cheeses, charcuteries, poultry, pork, and  seafood dishes, fish in general, as well as sushi, sashimi, and other international cuisines that may be more challenging to pair with white or red wines in general, like Thai/Indian and other Asian cuisines, with Peruvian and Mexican gastronomy and  American pique-niques like barbecue, hot dogs, hamburgers, and pizza.

Speaking of pique-niquin' - as we dawn upon our warm Texas Summer season, rosé wines should be considered for not just cuisine 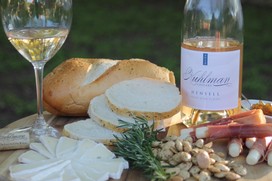 pairing, but the hot weather environment that demands a refreshing wine, as they do in Provence. Leading by example, Kuhlman Cellars winemaker Bénédicte Rhyne (who incidentally grew up in Aix-en-Provence), has released the first rosé made under the Kuhlman Cellars label, from Texas High Plains made as a co-fermented field blend of 10% Ugni Blanc and 90% Cinsaut (classically used grapes in the French Riviera) in the 2015 vintage. It is a refreshing wine, with firm structure, and elegant profile, yet fun character. The wine is named “Hensell” after the Hensell Sands found at the Cobb Family Vineyard, a geological formation in the Edward Aquifer in the Texas Hill Country.

So, who says time travel doesn't exist? The time capsule is the bottle, as it preserves traditions (some of which have been extremely codified). Travel today in time, share with friends a bottle of Hensell rosé with a rustic bread, an array of cheese and cured meats, a jam preserve, and Kuhlman's signature Spanish Marcona almonds with Herbes de Provence, and reminisce of how the ancient Greeks and Romans enjoyed life by the Côte d'Azur in provincia nostra over 2000 years ago enjoying a similarly refreshing pale pink-hued wine.

Commenting has been turned off.